Home / About Us / Our Team / Nick Sprenger 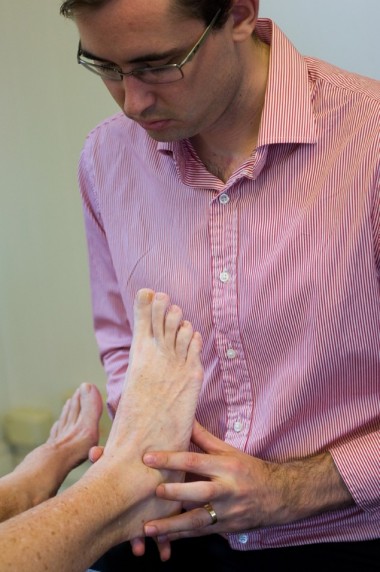 Nick Sprenger has been practicing as a podiatrist in Brisbane for many years, during which time he has worked with elite athletes, weekend warriors and the average person, all with a range of feet problems.

Nick practices in all aspects of conservative care of the foot and ankle, as well as post-operative care following orthopaedic surgery of the foot and ankle. He has a particular focus on ensuring people exercise their feet to keep them flexible and strong. As a podiatrist Nick has presented locally on various podiatric topics, particularly footwear and how it can help both on the sporting field and for everyday activities.

Nick has a special interest in Sports Podiatry. He was fortunate in competing at two Olympic Games for the Australian Swimming Team: Athens in 2004 and Beijing in 2008. He has also consulted for the Brisbane Lions AFL Club and Brisbane International Tennis Tournament, as well as the Sri Lankan Cricket Team and the Queensland Ballet. Nick is currently involved with Brisbane Roar Soccer, Queensland Rugby League Referees and the Queensland Academy of Sport athletes.

Learn more about the profession of podiatry or about Nick Sprenger at Sprenger Podiatry.