Running is becoming more and more popular as a form of exercise. It is great to see people getting out and becoming more active, however with this increased activity we are seeing an increase in the amount of patients with running related injuries such as hamstring strain. There are a variety of reasons that runners may put themselves at increased risk for injury (as previously mentioned in our blog), however today I would like to focus on hamstring tears and strains, why they occur and how they can be prevented.

Usually the quadriceps tend to dominate the hamstrings in strength. This is most likely due to posture and how the habitual positions we find ourselves in affect the length and strength of our muscles. For example, poor pelvic posture in sitting often leaves us with our pelvis tucked under (i.e. sitting with a slouched lower back). This puts the hamstrings in a shortened position and over-time the length of the muscle can shorten, otherwise known as tight hammies! If the length of a muscle is non-optimal then the force that the muscle is able to produce is usually poor. Thus we end up with tight, short and inefficient hamstring muscles and often with hamstring strain.

A 2014 study in the Journal of Strength conditioning and Research found that athletes that had higher quad:hamstring ratios not only had less injury, but also had better running economy (thus higher efficiency) as well as fewer hamstring strains.

Two exercises to strengthen your hamstrings and avoid hamstring strains

Here are some ideas to get started strengthening your hammies and avoid hamstring strains!

//     Stand with your body parallel to the wall, forearm can be used for support;
//     Use a mirror or have a partner watch your hips to ensure that they stay level at all times:
//     Bring the weight into your heels and slowly drop your bottom towards the floor, while keeping your torso upright:
//     Only dip as far as you can maintain your hip position;
//     Return to standing and repeat. 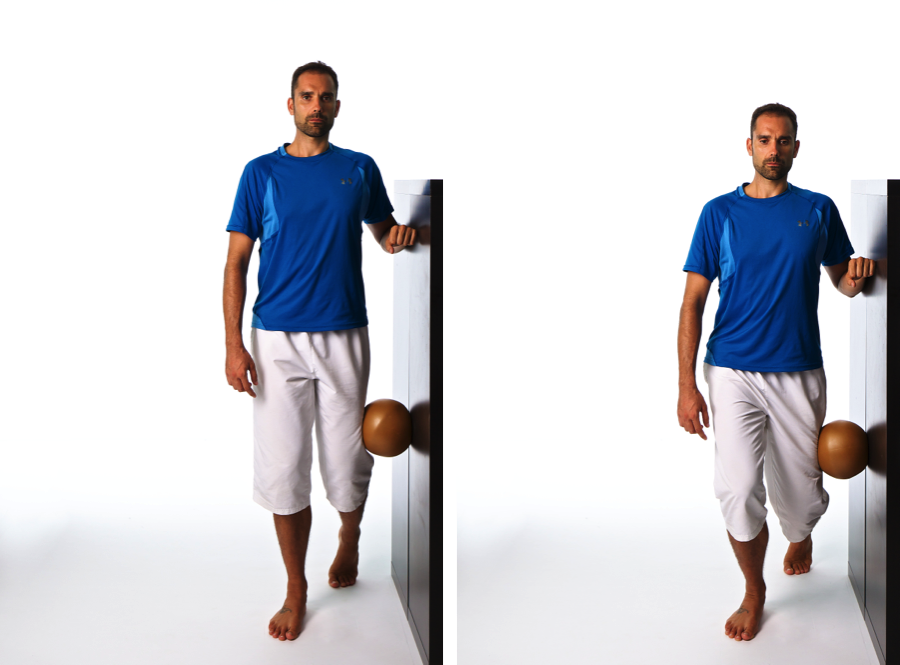 *Note: This exercise is best done with a towel on a slippery surface or a magazine on the floor.

//     Lie on your floor with your knees bent to about 90 degrees and with a towel under one foot;
//     Keeping your pelvis level, lift your hips off of the floor until you have made a straight line from your knees to your chest;
//     Keeping your hips level, lengthen the towel away from you. Only move as far as you can without changing the position of the hips;
//     Bring hips back to the floor with control;
//     Bring the knee back into the starting position and repeat 8-10 times on each side.